Time flies in this industry. It seems like only yesterday I was evaluating the beta release of RHEL4. Now we're talking about RHEL5. In this article, we'll look at what's new and what IT managers need to do to prepare for the upgrade.

Without a doubt, the most important innovation in RHEL5 is the virtualization technology. RHEL5 is the first release that includes Xen. Other areas of focus include:

IBM eventually recognized this, and through their POWER5 systems and their own proprietary Advanced Power Virtualization (APV) technology, they turned around most of their disgruntled customers. Today, IBM has even taken a lead role in the virtualization of the midrange.

RHEL5 will come bundled with virtualization and a certain number of guest licenses for free. The virtualization that Xen provides is through paravirtualization. Paravirtualization virtualizes part of an operating system's environment and also selectively emulates hardware devices that a virtualized OS requires. In this way, the process does not require complete hardware emulation, which means less management overhead. It provides both a virtual machine and access to the native hardware, which allows users to run non-native applications on an OS.

Given that support for RHEL4 will end around 2012, why should you upgrade before then? Is virtualization the only reason?

From a target release schedule, on November 17th, Red Hat announced the availability of Red Hat Enterprise Linux 5 Beta 2 through RHN. The full production release of RHEL5 should be in early 2007 -- the result of nearly two years of development spread across the entire core product. Red Hat has made some nice enhancements to the OS kernel, including network and I/O subsystems to improve performance and scalability, but that's not reason alone to upgrade. If maintenance support on RHEL4 is scheduled to end around 2012, what's the rush, you might ask?

From an IT manager's point of view, the answer of whether or not to upgrade will be about how important server consolidation is to the company and how the corporate virtualization philosophy can influence projects. Speaking as someone that has supported production environments, an IT manager does not normally like to be on the forefront of anything. Let someone else work out the kinks first.

Part of the debate on when to upgrade is the age-old dilemma of performance and scalability vs. reliability and availability. A major upgrade of any operating system will always include performance and scalability enhancements (in addition to functional enhancements). But during the initial stages, regardless of how careful one is about testing new releases, reliability will come into play.

And let's not minimize the importance of organizational philosophy on decision making. In some companies, IT managers live in constant fear of making an error or of an unexpected outage. Certainly, creativity and innovation are not encouraged in these environments. What that means is that upgrades to new releases will be few and far between. In environments where IT staff are not lynched for making mistakes and where innovation is rewarded, there certainly will be more of an incentive to upgrade to RHEL5.

Going back to virtualization, one particularly innovative feature of RHEL5 will be the live migration feature. Live migration allows the migration of paravirtualized guests on Red Hat Enterprise Linux Version 5 to move from one physical server to another over the network.

This means that upgrades need only be performed when system administrators want them. Basically, with Red Hat Virtualization, each function can be placed in its own guest. If it fails, the failure will not propagate and only that one guest will be affected. By clever use of migration and HA cluster software, it will be easy to have backup instances ready to go on other machines in the event of a problem with a guest or workload. 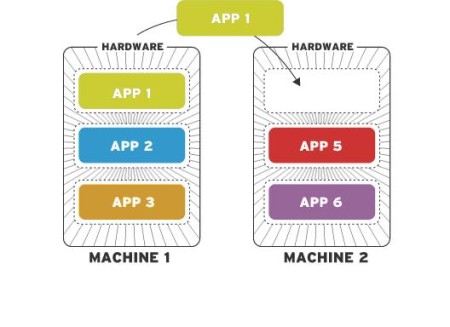 In conclusion, when considering an upgrade, the IT manager must make sure that he or she can properly articulate the business benefits for doing so. The upgrade should not be about padding the resume to show knowledge of the latest and greatest technology. The company should upgrade only when there is a real business need to do so or when a killer-type feature comes with the release.

Red Hat is hoping that virtualization is that killer-app feature and I'm actually betting that it is. Having seen the benefits of virtualization in Unix environments, I'm betting that the Linux enterprise will jump on this bandwagon when RHEL5 ships. Virtualization will help from an ROI perspective, and at the end of the day, the numbers influence the decisions as much or more then the technology.

The IT managers will need to get their staff trained and up to speed on how best to implement RHEL5 when it's ready. They should also make sure that the upgrade is treated like the major product that it is and that is tested rigorously in-house to ensure that existing applications will continue to function after the upgrade. At the end of the day, nothing is more important than the reliability and availability of your systems.