Making data center maps is usually a thankless task. Rarely viewed, the maps are often abandoned after creation -- if they're drawn up in the first place.

Data center maps combine diagrams and documentation on the racks, the hardware inside, and sometimes more details. Learning how to properly create maps can be time-consuming, but it's a valuable skill to have.

Those that look after the IT infrastructure of your company, big or small, should take care of the data center maps. Here's how to make it a worthwhile process.

What should data center maps contain?

The most basic diagram shows the racks in the data center and the equipment inside. This should include physical servers, all communication gear such as switches and routers, uninterruptible power supply units, backup drives and any other piece of hardware that lives in your data center.

Additional details add extra value to documentation. Include communication paths to show what network segment a device connects to, or its multiple paths for redundancy to different switches. If you need to repatch in a server, a detailed diagram will help preserve you multiple paths. If you don't have a map, you might install multiple network interface cards into the same switch at the other end, erasing the planned redundancy.

Why bother with data center documentation?

Documentation is one of the most abandoned aspects of IT. Time is valuable -- it's hard to justify documenting configurations when there are systems to build, fix and optimize. But when you actually need this information, you'll be thankful that someone found the time. Having a floor plan of the data center lets you visualize future changes, especially if you need to install temporary equipment for an upgrade.

Data center documentation is vital for a disaster recovery plan, where you may need to recreate the environment after a disaster. It also helps on remote tasks, like talking a technician through swapping a failed hard drive over: "Count four servers down, fifth drive across ..."

Mapping is likely an expected part of your job -- you have a duty of care to the company to keep records. You wouldn't want to try and work out where everything is on your first day, so you shouldn't do the same to your successor. Even the CIO should want to know what their infrastructure looks like.

Don't forget the rest of your team. If you're in charge of the data center and build it from the ground up, don't think you can remember everything, even if it isn't in the ballpark of the Google data center. If you're not there, what happens? After all, you need at least one person who can help when you finally find time to take a vacation.

The whole IT team should have the data center map, even developers. If a developer is the only person around, they might need to reboot a server or check cables. Trying to fix a problem is frustrating when you don't know the right setup. Basic information, like where a physical server -- which you've never seen before -- is located, can save a lot of running around. Data center maps are worth their weight in gold when disaster strikes: The host blue screen or a kernel panic occurs, requiring someone to press the reboot button.

Documentation should only be available to parties that need either physical access or knowledge of schematics for planning. Consider security based on who might need access to the documentation, and the risk incurred if unauthorized people saw the data it contains. If an intruder gained access to your data center and knew to take the server labelled "customer database," then having the map would help them succeed.

In some ways, outdated diagrams can be worse than no diagrams at all. Updates are vital, but are often overlooked by IT departments.

If there's no documentation, you'll have to find out how something is configured without any path to follow. Incorrect documentation will lead you down the wrong path. Imagine you've spent half an hour trying to find a physical server during an outage, only to learn it was virtualized months ago.

Updating data center maps won't take nearly as long as the original creation. Diagrams and documentation should be updated immediately after a change, and ideally this should be a step in the change management process.

How to make data center diagrams

Microsoft Visio is the king of creating and editing data center diagrams. Many hardware companies, such as Cisco, provide Visio stencils of products to make diagrams simple. There are also community-driven Visio stencil sites, such as VisioCafe, that host user-submitted creations.

Maps around the world

Visio-style stencil diagrams of racks and their contents are the most common maps. Alternatively, some IT teams use a data center floor plan diagram, showing a top-down view of the room. Apart from the racks, these floor plans often include the location of air conditioning units/vents, communication wall boxes and other physical equipment. Maps often document both front and rear views of each rack, with labels on each physical device in the rack. This sets them apart from other reference documents, such as system contextual diagrams that show how systems work and what interacts with them.

Visio is still popular, but there are many other more basic tools popping up. One open source example, RackTables, goes for function over form, but still has a lot of the key information to record racks and contents. Even an Excel spreadsheet is an acceptable method of documenting the data center, as long as the information is correct and regularly maintained.

Data center mapping was easier when everything was physical. These days, virtual servers are much harder to diagram -- as the same schematic logic doesn't apply --- and they can migrate from one server to another with automatic orchestration.

About the author: Adam Fowler is IT operations manager at a law firm in Australia. He's worked in IT for over a decade, including responsibilities in systems, infrastructure and operational service. He blogs about all things IT at http://www.adamfowlerit.com/.

Dig Deeper on IT compliance and governance strategies

Mohager - 25 Dec 2014 11:55 AM
IT staff don't want to take care of cooling and power on the other side power and cooling technicians also try to be away from IT hardware. Thus as I faced these issues I always recommend to let IT staff manage data centre maps including elictrical cable and cooling system and in some advance cases call the required technician to data centre. This could happen only if you motivate your staff and reward them.
[-] 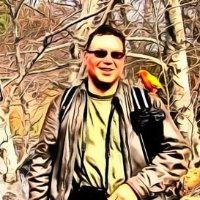 John1688 - 26 Dec 2014 4:09 AM
Adam, I think you have to ask two critical questions:
Having answered these both clearly, you will be able to know whether these extra details need to be included.  Given the fact that both the IT systems and the systems (such as cooling, and electrical feeds) are inextricable, the argument for including all of these together is stronger.
This said, if there's some form of dashboard design software that allows the display of these systems to be toggled for viewing together or independently, you'd be a hero if you could pull all this info together into such a toggle-able view.
Does such planning and mapping software exist?  I don't know?
[-]

AdamFowlerIT - 26 Dec 2014 6:23 AM
There's never a one size fits all answer to anything, but generally the more information the better. John1688 those are good points. For someone to make decisions about a site they don't have physical access to, even minor decisions, having an overview of where cooling systems and cable trays are can prompt simple questions to other staff or contractors doing work, which could avoid problems down the track.
[-]

BuggyRider - 12 Jan 2015 4:23 PM
There are more than one DC map. The one you are discussing is the Computer/Server view. There is also an electrical distribution view, aircon/heat flow view, inter-rack cabling view, VESDA view, physical security view (doors, locks and keys), logical security view (firewalls, security zones) view.  If you put all this information in one picture, you end up with an unreadable mess, but multiple pages in a visio file with the floor plan as the background can support these different views.