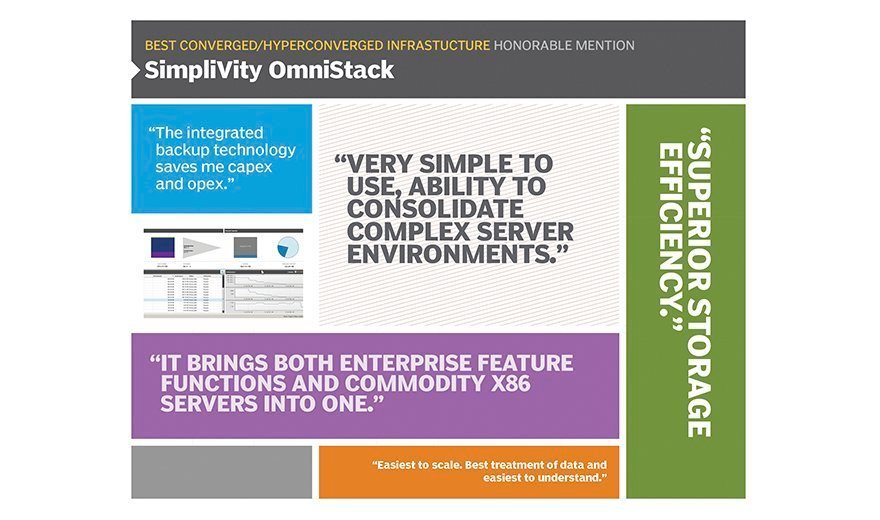 Voters like the commodity x86 servers underlying the converged management and operations, and one IT pro said the OmniStack takes data virtualization "that much further."

One SimpliVity user affirms that hyper-converged was the right replacement for traditional servers and storage. Tanner LLC, an accounting firm in Salt Lake City, Utah switched from HP to SimpliVity OmniCubes on Dell hardware about a year ago.

"I sleep a lot better at night knowing full copies of my servers back up offsite multiple times a day on hardware that we own," said Matt Huff, IT director at Tanner. He voted for the SimpliVity OmniStack because SimpliVity makes storage resource provisioning easier, and management all takes place in VMware vCenter. Storage utilization is growing slowly, with deduplication and compression features, he added.