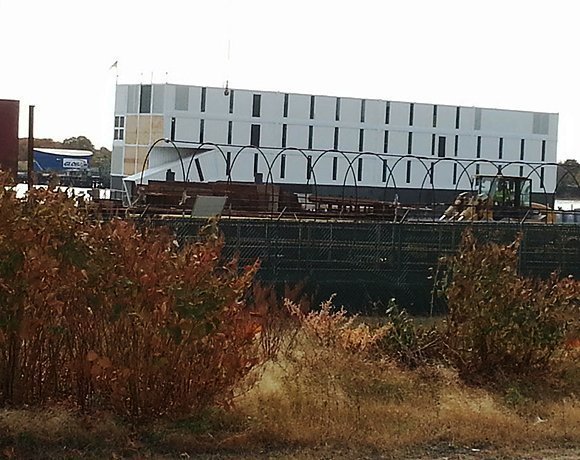 Google brought ocean-faring data centers into the public spotlight in 2013, when barges that looked like containerized data centers appeared in San Francisco Bay and the harbor of Portland, Maine. The company has since refuted the floating data center theory, saying the barges will be interactive technology spaces, which is probably a better idea, according to data center design experts.

"It has a lot going for it -- but a hell of lot against it," said Clive Longbottom, co-founder and service director at Quocirca, who writes about data center location and building for SearchDataCenter.

In the pros column, an offshore data center could use cost-effective seawater cooling, as long as continuous pumping and filtering systems are installed. And you can't beat the real-estate costs, as long as you have a continuous fuel supply and a way to get staff on board when they're needed. At least some of the data center's power generation could be renewable -- harnessing wave and tide energy.

But then there are the cons to building a floating data haven, starting with connectivity. That same wave and tide energy would make a floating data center hard to tether to fiber, and the movement also precludes microwave connections, Longbottom explained. Expect high latency with satellite connectivity. And there are storms and tsunamis to deal with, never mind the fact that salt water and salt fog are electronic equipment's worst nightmare.

There's already one very famous example of an offshore data center gone wrong: Sealand's colocation data center operated by HavenCo Ltd. The data haven resided in international waters, on an abandoned oil rig platform. But the plan went under, due to financial and regulatory battles.

What good could an offshore floating data center offer? Longbottom says high-latency connections would be acceptable for a deep-storage archival facility providing near-line access. And data storage is certainly in high demand.

smolinari009 - 15 Jan 2015 1:35 PM
Forget connectivity. Can you say underwater demolition attack? are not uncommon when considering the of being on water. If the barge goes under, so does the respective and the respective information... not to mention the safety of the souls on board. Strictly my personal opinion.