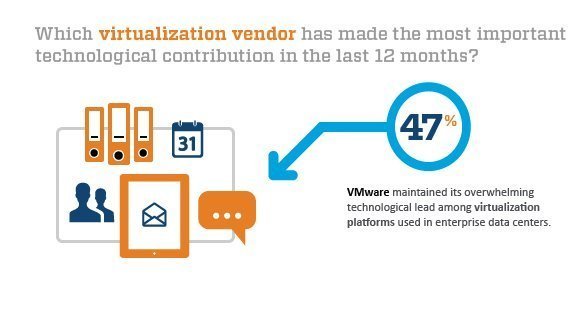 VMware market share among respondents who answered the virtualization question was nearly half (47%), with Microsoft's Hyper-V virtualization platform a distant second at about 24%. Citrix Systems trailed in third place among virtualization vendors, with about 8% of respondents saying Citrix made the most important technological contribution to enterprise IT, with HP and IBM close behind.