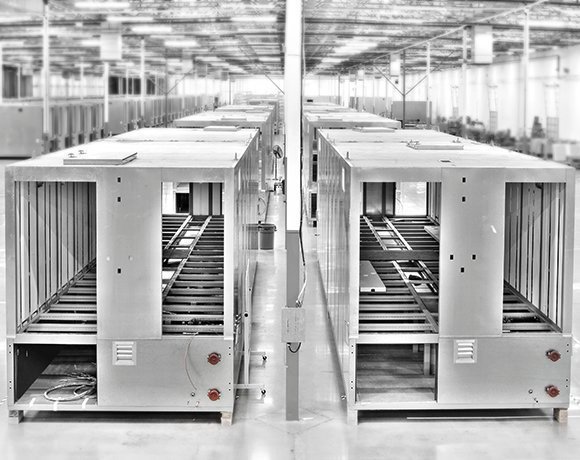 Production lines at IO's new facility are manned by 17 people at six workstations where components are installed to support the data center's power, cooling and mechanical systems. Workers staff a particular station for three-month shifts and then rotate to a different station.