But when I try to delve into the details, I see just another incremental move in the competitive world of commercial software, with an extra dimension added by the nature of open source.

Behind the headlines, I see a lack of understanding of open source. I see proprietary vendors scrambling to contain and co-opt open source, even as it disrupts and erodes their businesses. Let's look at how this has played out.

Sun "embraced" Linux earlier than Microsoft, because Sun was in a weaker position. Customers were discovering that they could get SPARC/Solaris-like results from running Linux on cheap hardware. One pressure on Sun was customers who told Sun that they preferred to run Solaris for the mission-critical cases, but that they had plenty of things they could do with Linux. So, they asked Sun to please help them be a single-vendor shop by supporting their efforts. The other pressure was seeing smaller customers simply desert.

Sun's response is essentially a commodity strategy: "We'll sell you the hardware (Intel or SPARC) and the OS (Linux or Solaris) and a nice interface and office suite to go on top."

Microsoft has been feeling the same sort of pressures from customers in the U.S. The situation abroad is more serious. Microsoft has been cost-prohibitive there for years; the World Bank sponsored a conference on open source a few years back to address the problem of how the less prosperous nations of the world could get into computing, since they couldn't afford Microsoft. Considering how high open source is riding in prosperous foreign nations as well, Microsoft has needed a strategy to do well in that market.

Microsoft has been responding to these pressures gradually. It's been about five years since I saw a little Microsoft booth in the back of LinuxWorld Expo. There, Redmond offered an IT management tool that would let systems administrators administer their Linux and Windows boxes from a user-friendly Windows-like interface.

That was the first step. Since then, Microsoft has been sponsoring open source projects of one sort or another for years now. This year, Microsoft partnered with commercial open source software vendors SugarCRM and XenSource.

The Microsoft-Novell partnership is a big step, but it is an evolutionary, not revolutionary victory for Linux. Alarmists may disagree, but I don't think it's the beginning of the end for Linux, either. Penguins will neither sit in the Aerons of Redmond drinking champagne from project managers' skulls, nor be dragged in chains to the shores of Lake Washington. This is simply Microsoft's move to accommodate the changing market.

Oracle has already made a similar move. At first, Linux and MySQL (and others) were eroding the pricey Oracle products. So Oracle began to run on Linux, and then to cut prices. Microsoft, after all, is in the same position as Oracle, as it also supports an enormous sales/service organization that could add another product to its wares.

The downward pressure, the pressure toward commoditization, does not go away. If you have an enormous service organization, and there is less work for it to do on the home product, it makes sense to use it to support other products. If there were a perfect reciprocity between the decline of Oracle's products and the rise of Red Hat's, this would be a smooth move. But it's really the beginning of a bumpy ride. Sun's, Oracle's and Microsoft's businesses must change because of open source -- and not in a piecemeal fashion.

Red Hat is a tough competitor. It has a strong brand in a commodity market, and the company differentiates through service, through proprietary material and through branding. Competitors must beat Red Hat there or in pricing, or devise a new battlefield.

There are some foolish outcries that Oracle's offering of support for Red Hat products is somehow a betrayal of open source. On the contrary, that is exactly what open source is about: no vendor lock-in. IBM managed to transform its business with the use of Linux.

Furthermore, the idea that Oracle will fork the Red Hat product is also absurd: Red Hat can simply pull back into its own product any code that Oracle changes. If Oracle forks Linux -- and remember, essentially all distros fork Linux in some manner -- then it won't be Red Hat Linux anymore.

The subtleties of open source come into play here. For a number of reasons, Oracle can't suddenly fork Red Hat Enterprise Linux (RHEL) and absorb all the customers. For one thing, Oracle can't break the terms of the GNU General Public License 2.0 referred to above. For another, there is proprietary material in RHEL. Red Hat is apologetic about it, citing security responsibilities -- but there they are inside RHEL, binary modules with no source code and maybe even under patent.

Take RHEL, strip out the trademarks (protected), the proprietary code (protected) and you don't have RHEL.

Apparently, Oracle is offering to support older, non-updated RHEL for which there is no current support available from Red Hat. New installations will receive an operating system that is supposedly RHEL, minus the parts that are not open source. So, it's not Red Hat anymore.

One Oracle tactic for converting a Red Hat customer is to have him change the URL to which his system goes to for updates. Oracle updates are on the other end. Red Hat won't sell RHEL without a support contract, so Oracle is not really supporting RHEL. Oracle is simply poaching customers. This is no different from Oracle's ads aimed at Ingres customers when that company went down.

Paying a royalty for Linux?

The other subtlety is patents. Any rights to practice the patents as used in GPL-based software are automatically conveyed with that software. (Lamentably, GPL 2.0 is not very clear about this.)

Yesterday, Microsoft said it would refrain from suits against Linux. In my opinion, if Microsoft really had any grounds for alleging patent infringement, they would have made this move long ago. Possibly looking at SCO and its anti-Linux lawsuit problems discouraged them from playing this card. The Linux community's reaction to SCO was successful. The Linux reaction to charges of patent infringement is to drop the offending code, or to bring in a stake-holder to bring a counter-action. IBM would do nicely.

And here the patent water gets deeper. Novell is said to be paying a "running royalty" to Microsoft for patents in SUSE, implying that non-paying distros are infringing Microsoft patents. But Microsoft is not suing any of them. Is this supposed to be the Death Star parked outside threateningly? Is this like a submarine patent that does not strike suddenly from the depths, but instead lies there with its periscope showing? Would a suit by such a patent-holder have any standing?

I think Microsoft is buying maintenance certificates for SUSE from Novell as part of an anti-Red Hat sales pitch. Just as Oracle offers cheaper support, Microsoft can discount, mark up or even give away support certificates for SUSE to Red Hat customers who would like to meet all of their IT needs from a single vendor. This was the original single-vendor argument that got Sun into the Linux game.

Novell is paying royalties to Microsoft, probably in the form of these certificates. In Microsoft, Novell supposedly finds a large distributor and Microsoft, in turn, finds a way of luring, taming and guiding the Linux portions of IT operations into Microsoft revenue channels.

Summing up: No immediate changes in Microsoft shops

The Microsoft-Novell partnership won't have an immediate impact on IT shops. It does not mean that Microsoft administrators are suddenly going to have penguins all around their IT shops, biting their ankles. Your shop probably has Linux already. Microsoft's purpose is to wean you from our present Linux sources and move you over to SUSE from Microsoft. If you don't have Linux, and don't ask about it, you probably won't hear about it from your Microsoft salesman. But if your Microsoft salesman does see any signs of Linux activity in your shop -- and Microsoft has been tracking this for years now -- he will have a few suggestions to make.

Do you agree or disagree with Don's assessment? What do you think of the Microsoft-Novell partnership? Email us and let us know. Check out Don's response to reader comments on this column.

About the author: Donald K. Rosenberg is SearchOpenSource.com's Ask the Expert advisor on open source issues and strategies. He is president of Stromian Technologies, a marketing consulting firm specializing in OEM software licensing, open source licensing, strategy and marketing issues. He is the author of OpenSource: The Unauthorized White Papers(Wiley), a book about taking a business approach to open source software. 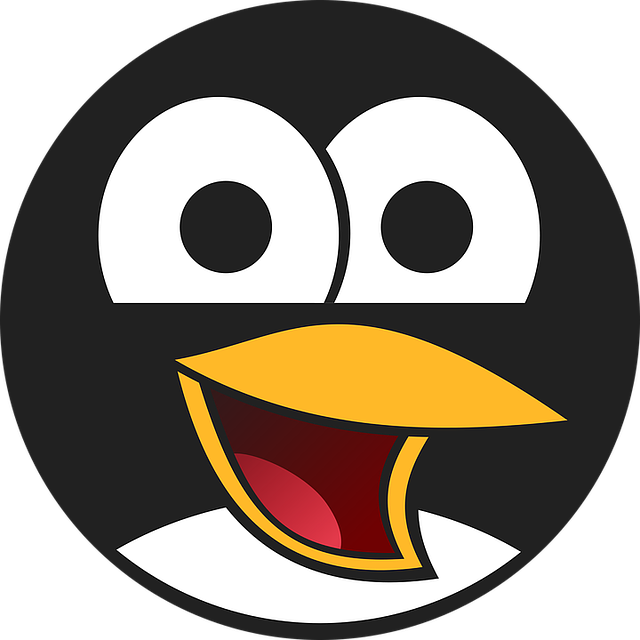