This content is part of the Essential Guide: Modern Infrastructure Impact Awards 2013
By 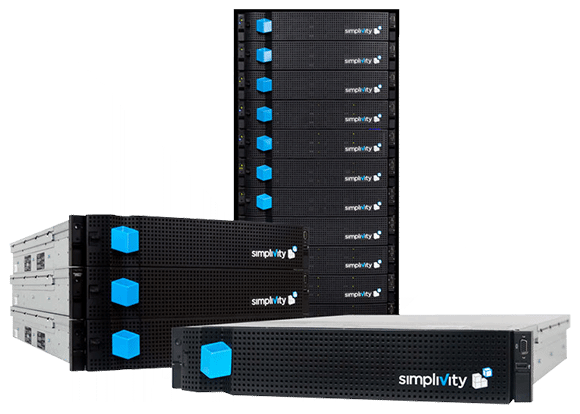 "When I saw this at the show floor on VMworld, I was skeptical," said one reader. "Then I saw it in action, and I was floored. This is the sort of direction IT needs to head, and it's clear that [SimpliVity's] vision is on that track."

Compared with traditional converged infrastructure products, which some dismiss as mere packaging and integration exercises, SimpliVity takes a true IT building block approach, combining two or more 2U OmniCubes in to an elastic pool of federated server and storage resources. As a testament to its scalability, SimpliVity claims OmniCubes can be found everywhere from small mom and pop shops, all the way to multi-site enterprises and service providers.

And when compared with other next-generation converged infrastructure offerings, judges commended SimpliVity for processing its storage functions with dedicated hardware. For example, some competing offerings present storage as a virtual appliance which can in some instances compete with other virtual workloads, explained one judge. "People put up with it because it solves a lot of other problems – namely political and financial – but doing things in hardware is a better way to do things."

OmniCube's hardware acceleration comes courtesy of the OmniCube Accelerator, a proprietary PCIe card that works with a Data Virtualization Engine to deduplicate, compress and optimize data inline, with no performance degradation, as well as to accelerate replication capabilities.

Modern Infrastructure readers also gave props to SimpliVity OmniCube for its deep integration with VMware virtualization. For instance, SimpliVity's management console runs as a plug-in to VMware vCenter, the management mainstay of any virtual environment. Through integration VMware's VAAI (vStorage APIs for Array Integration), OmniCube provides hardware acceleration for VMware cloning workflows, and lets VMware clones take advantage of its deduplication and compression capabilities. Finally, OmniCube takes a virtual machine (VM) centric approach to backup and replication. Rather than relying on array-level snapshots, readers commended it for allowing administrators to set backup and replication policies on a per-VM basis.

"Simplivity reduced the complexity of our virtualized environment," wrote a reader. "We were able to reduce our capital expense, operational expense and DC footprint."

SimpliVity OmniCube won out over these other converged infrastructure products:

AdamWinter - 11 Dec 2013 7:47 AM
Roger - the model you are referring to is not offered any more. even with the smallest of the omnicube systems you have 170GB+ available and the first cluster consists of two servers which equals 340GB. We have been using the OmniCube systems for production, development and testing for over a year and have had fantastic success with the units. We HIGHLY recommend this solution for many situations. We also have Oracle and SQL running OLTP applications successfully. The proof is in the results. before knocking it try a proof of concept - then you will be a believer.
[-]