With traditional computer vendors' hardware sales in the proverbial toilet, one has to wonder: Where will data center hardware innovations come from? Worry not  -- the fine folks at the Open Compute Project held the OCP Summit V in January 2014 in San Jose, Calif., and there was no lack of ingenuity on display.

Founded by Facebook in 2011 when it open-sourced the design of its energy-efficient data center in Prineville, Ore., the Open Compute Project (OPC) now counts more than 150 member companies designing hardware using the open source philosophy. Here's some of the creativity that was on display. 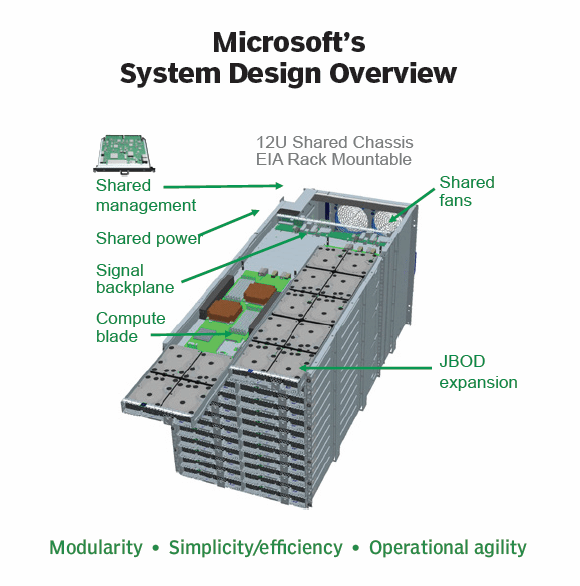 To that end, Microsoft uses a single proprietary cloud server design based on a 12 U chassis with shared fans, power and management, dedicated compute blades and room for JBOD expansion. Laing said the design has saved the company 40% over traditional servers, including 15% power savings. At the show, Microsoft donated its specification, including computer-aided design files, Gerber files, specifications and management source code for the Open Compute server. 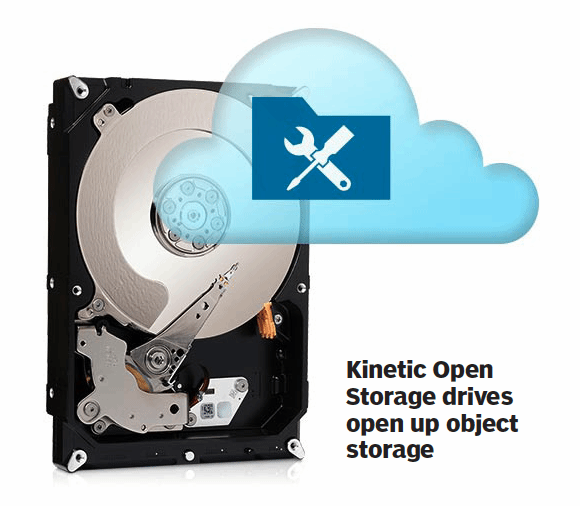 "If an app is doing object, all it's trying to do is put and get objects -- it's really that simple," said Ali Fenn, Seagate senior director for advanced storage. In theory, Kinetic will allow object storage providers to remove entire swaths of storage services between the application and the disk drive, for total cost of ownership savings north of 50%, Fenn said.

In an attempt to get more providers to donate designs for open-source servers and other hardware, the Open Compute Project introduced a new "prescriptive" license modeled on the General Public License to complement its existing "permissive" Apache-like model.

"The new licensing model is very exciting to a lot of people," said Will Mapp, executive vice president at Servergy, a provider of highly efficient servers and an OCP member. "Just giving our patents away to the foundation wouldn't work for our business model. With the new licensing, we keep our patents, but it still allows for others to innovate on top of it."

Article 1 of 10Next Article

Access to all of our back issues
2018
View All