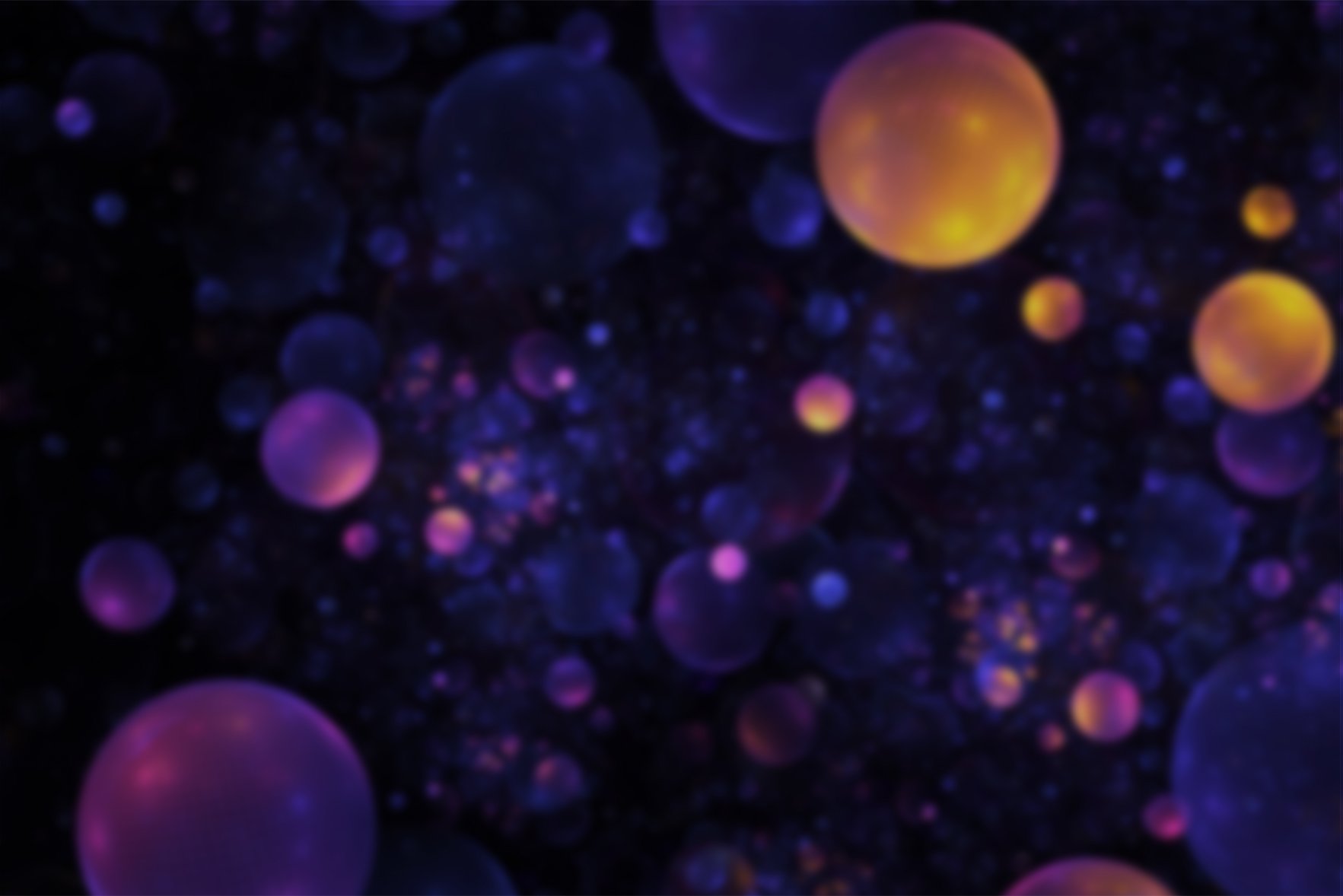 Like many tech companies in the early 2000s, IBM has stumbled a few times trying to find its footing traveling from the civilized world of proprietary hardware to the wild west that is the cloud-based software and services market.

It hasn't all been a series of stumbles and bumbles and IBM appears to have finally found the right path forward. With IBM's acquisition of Red Hat in late 2018, the company now owns a solid foundation to build a hybrid-cloud strategy, which many feel IBM should have pursued several years ago.

Instead, the company spent too much time focusing on its private cloud strategy, catering to what it felt its longtime corporate customers preferred.

"Initially, they refused to focus on the hybrid cloud," said Frank Dzubeck, president of Communications Network Architects Inc. "They were all about the private cloud because that was the priority of their customer base and also the place where they could make money. They needed to think outside the box back then, but they weren't listening."

Another analyst agreed IBM made some miscalculations with its cloud strategy early on and at a time when many enterprise users were considering the cloud as a foundation on which they would build their future strategies. She added, however, these missteps have led the company to one of its most effective cloud offerings, its Cloud Paks offerings delivered earlier this year.

"I think they have nailed it with Cloud Paks," said Judith Hurwitz, president of Hurwitz & Associates Inc. in Needham, Mass. "With Cloud Paks they created a set of open source services designed to knit together a range of different open source elements, but in a way that gives you a bunch of different entry points."

Likewise, IBM's entry into the world of AI was hardly smooth. The company's flagship offering was Watson -- labeled a cognitive computing platform -- that some analysts believe needed more time in the oven to be fully baked.

With nothing else that was cutting edge ready to roll out, Ginni Rometty,  CEO of IBM, pushed internal developers to get Watson out the door, according to a consultant with inside knowledge of the situation. But in so doing, the company skipped over a number of essential steps in the approval process resulting in a product not ready for prime time.

Another analyst agreed that IBM mishandled the initial rollout of Watson, which likely cost the company an advantage it might have otherwise had over its archrivals.

"That flub allowed others to establish leadership positions despite the fact their offerings were weaker than Watson's," said Charles King, president and principal analyst at Pund-IT. "IBM spun its wheels for a bit in commercial AI development efforts, while the broader industry shifted toward popular commercial voice-activated offerings, like Apple's Siri and Amazon's Alexa, and technical focus areas, including machine learning."

King added that IBM may not be too late to the game in AI, however. Given the nascent state of the technology, IBM has time to rally against its competitors, he said.

"The current state of AI is less robust than many people claim," King said. "That's especially true when it comes to solutions requiring AI [technology] to support enterprise-class features, security, SLAs and governance functions," he said.

Hurwitz said although Watson was a good idea, IBM got ahead of itself in that the components of the technology didn't "quite fit together" and the technology wasn't mature enough.

"It should have been positioned more as a machine learning platform," she said.

If you can't beat them, buy them

Just as the company's adventures into new technology arenas had its hits and misses the past couple of decades, so too did IBM acquisitions and merger efforts.

Since 2001, IBM has made over 160 acquisitions of software, hardware and communication companies spending anywhere from less than a million to multiple billions for each of them. The vast majority of those deals proved strategically inconsequential and/or IBM buried the acquired technologies so deeply into its own existing products they became either invisible or lost their value to the intended user base.

If IBM hopes to grow its revenues again, it will have to do a better job of selecting acquisition targets. Since the end of 2011, IBM's top-line number has steadily slid from $106.9 billion to what financial analysts project will be in the neighborhood of $77 billion for fiscal 2019. Despite the enormous amount of money IBM and IBM Research have spent on developing innovative products the past 20 years, the resulting products have contributed little to top-line growth.

The company's five-year-old Strategic Imperatives initiative, which targeted cloud, security, analytics, social and mobile software -- that once grew at over 30% year over year -- has fallen to single-digit growth this year. Not surprisingly, IBM has recently stopped breaking out the revenues of those products and technologies.

"There is very little internal innovation delivered that can drive growth," Dzubeck said. "That means growth has to come from acquisitions.

"They should have been doing at least one major acquisition a year over the last several," he said. "Hopefully, the Red Hat deal can serve as their model going forward."

One of the acquisitions that took a left-hand turn was IBM's $3.5 billion purchase of PwC global business consulting and technology services unit, PwC Consulting, in July2002. The hope was the combination of IBM's technology and PwC's experience in helping large corporations solve any number of business problems would be a perfect match.

That synergy never happened, according to one longtime consultant, due at least in part to PwC's lack of understanding about IBM's server hardware, software offerings and how dependent users of those systems were on those offerings going forward.

"The revenue hit IBM took with that deal was unbelievable," recounts one longtime consultant to the company. "They [PwC] knew nothing about the world of hardware and software. They were good professional consultants but made some bad recommendations. They wanted IBM out of the AS/400 business and to drop all the customers saying IBM didn't need them," he said.

The heavy internal influence PwC group had at IBM redirected the company's focus away from hardware and toward services, causing the company to lose its edge in the midrange server hardware market.

For a time, IBM did pull back on the AS/400 line, but the company decided not to entirely abandon it in that 2002 to 2003 timeframe. In 2008, the company combined the AS/400 and Unix-based RISC RS/6000 server lines with a new processor running and rebranded both servers under its Power series brand, made Linux available for it and the series has largely fared well over the past decade.

IBM's acquisition of Red Hat, while it is only months old, appears to be a wiser choice. Most analysts also agree that the company's 2015 acquisition of The Weather Company will also contribute to its cloud-based services revenues.

Another solid IBM acquisition was SoftLayer for $2 billion in 2013, which helped extend Big Blue's reach into markets where archrivals AWS and Microsoft play. It also served to strengthen its hybrid cloud strategy by making its SaaS offerings more competitive. The acquisition added another couple of dozen SoftLayer's data centers to IBM's already extensive existing network.

Some think, however, the company has yet to fully exploit SoftLayer's capabilities. They also note that SoftLayer founder Lance Crosby's reputation and connections among open source developers could have helped the company had they been able to retain him.

"He [Lance Crosby] was moving up quickly in the company, but he hit a wall and that wall was the old guard inside IBM who wanted to run things their way," according to one IBM insider.

Offering a contrarian view, Pund-IT's King agreed IBM needs more acquisitions to grow its revenues but warns that earnings are more important than revenues at this juncture.

"Some analysts' continuing belief that IBM's shrinking revenues are a portent of doom is curious," King said. "I'm sure the company prefers to be driving greater revenues, but the fact is that IBM's profitability and its commitment to return profits to shareholders remain robust."

To that end, IBM did sell off several lower margin hardware and software lines of business, including its Intel-based lines of personal computers and servers to Lenovo; its chip foundry business to GlobalFoundries; its Lotus Notes/Domino franchise to HCL; and a handful of low-level mainframe applications in order to devote full attention to higher margin offerings.

Except for the Red Hat deal, IBM has yet to either acquire another company that has significantly improved profit margins. Nor has it necessarily milked more earnings from its existing products except for its cloud business, although the company does not break out cloud earnings figures.

While IBM will not return to its glory days of two and three decades ago, some optimists believe the company doesn't necessarily need to do that to remain an influential presence in the computing industry.

"I'm not sure they will ever be where they once were when they owned to computer market," Hurwitz said. "But if they can get themselves into one of the top three players in markets like the cloud and AI over the next few years, I think they should be in good shape."