This content is part of the Essential Guide: What's the best Linux OS for your enterprise data center?

So, you're a Windows administrator who's also responsible for a few Linux servers in your network. Normally they just do what they're supposed to, but on some occasions you have to do a bit of management. You probably have a few questions.

Let's start with why there are so many different flavors of Linux. Linux as a product doesn't exist. It is a type of operating system, with different versions called distributions, or distros. The word Linux is analogous to the word car, with the distributions being the car manufacturers, like Ford, Dodge, Chevrolet and so on. The most commonly known Linux server distros are Red Hat, SUSE, Debian and Ubuntu, but there are many others as well.

There is a good reason for having so many distributions. Any Linux distribution is composed of open source programs and there are many programs from which to choose. While early Linux distributions mainly differed by application set, today's distros compete by other factors as well, such as a better installation program, better support options or integration with third-party software. Some Linux servers will show you a nice graphical interface, where other Linux servers just start with a command shell. But they are all Linux servers.

A Windows server administrator with Linux boxes doesn't have to learn to manage every single Linux server distro; many distributions share common components. Consider the Linux shell, also called the terminal. The shell is the command line interface, where you'll manage the server. The most common Linux shell is bash. Most distributions use the same commands as well, but there are differences to explore. 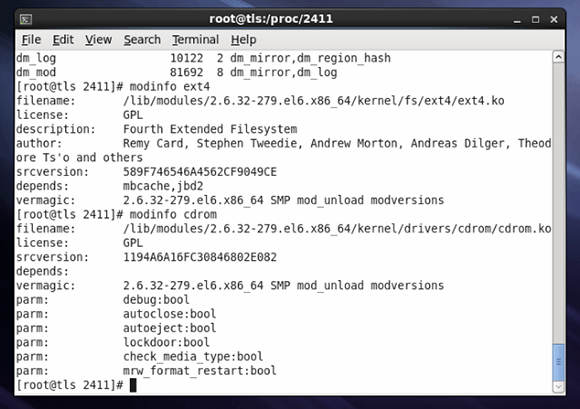 For Linux server management, the bash shell is the most important working environment, but it's not the only option. Most Linux distributions offer a graphical interface, but all share the same inconvenience. Graphical user interfaces are far less powerful than the terminal. On the most common Linux distro for enterprise servers, Red Hat Enterprise Linux, you can work from a GUI (see Figure 1).

For efficient server management, find the shell, which often starts by default. In the rare case that your server starts with a GUI, your best bet is to use the Alt+F2 key sequence to find the shell. When the run command window opens, type xterm, a terminal that gives access to the bash shell. Once there, log in, and you're ready to start server administration.

There is an administrator account named root, which has no restrictions at all. The good news is that the root user can do just about anything they want to. That's also the bad news, from a security perspective. Some systems are configured so that the administrator logs in as a normal user, then performs Linux server management via the sudo command. That means that every administration command is preceded by sudo, e.g., sudo reboot to restart a server. Someone else needs to set sudo privileges up for your account, which keeps all users from acting as administrators.

Once you're comfortable with the Linux distro or distros in your data center and can log into the Linux servers, start learning some common administration commands.