This content is part of the Essential Guide: What's the best Linux OS for your enterprise data center?

There is no single best Linux distribution for every enterprise's servers. It all depends on what your company needs.

Today, Linux is more than a free OS to mess around with -- it runs core business applications. When comparing the best Linux distros, corporate Linux users care about support throughout the stack, not just an attractive feature set.

Any company can run a free and open source Linux distribution in an enterprise environment, but most have serious restrictions. In particular, the maintenance lifetime of most free distributions is limited. The popular openSUSE distribution, for instance, has an 18-month lifecycle, meaning that a security issue that occurs 24 months after the initial release date will not receive patches. Because it takes about 18 months to get a Linux distribution approved for use in the corporate world, distributions with such a short life cycle aren't even worth considering.

Also, avoid distributions with maintenance periods that might change. An enterprise-grade Linux distribution needs to be well organized. If it only relies on an open source project, the project might split up or be acquired by a vendor, eliminating your support lifetime.

It's not really about software differences when selecting the best Linux distros for your organization. All Linux operating systems use more or less the same open source components, especially where it really matters. For example, Docker, which enables you to run containers on top of Linux, is found in all major distributions.

What does make a difference is support for these features. Verify that the main features your enterprise uses are supported by -- not just technically feasible on -- the distribution. For example: Your server infrastructure relies on Linux container virtualization (LXC). SLES offers LXC, which can run many instances of the operating system on the same kernel. LXC isn't supported on RHEL, so even if technically you can run it, Red Hat would not offer support for the containers.

The best Linux distros for the enterprise offer stable software for the version your organization uses. Check the distribution's website to see if the latest version of a software package is included by default. These lists change frequently so check whenever you are making an OS decision, even if you checked the lists a few months prior.

Support for specific software components may be limited to a specific version, as well. For example, your web developers may need access to the latest version of PHP, but your distribution might only offer support up to a few versions ago. When you request information about the software, the updated packages will be marked as non-supported software. Another option is to work with modules, which were introduced with SUSE's release of SLES 12 and allow distributions to react fast on dynamic software stacks. Modules contain specific sets of software packages that belong together and that have a different support lifecycle than the main distribution.

Enterprise Linux distribution pricing can be confusing: You don't pay for the software, but for the support, which differs for each distribution. Ubuntu offers free patches, whereas other vendors charge for such support. All vendors offer a base support package through full-scale premium support. Oracle and Red Hat support tend to cost the most, but the price you pay in the end depends on many circumstances.

Red Hat is the market leader of Linux distributions, with an estimated market share of 67%, according to Gartner. RHEL entered many data centers via support deals with hardware and software vendors, an approach emulated by other Linux distributions.

The company employs more developers than other supported Linux vendors. Therefore, Red Hat plays an important role in many open source projects. If your company wants to adopt cutting-edge open source platforms, it makes sense to standardize on Red Hat.

Red Hat makes it hard to access its software for free, so it has spawned rip-off distributions like CentOS and Scientific Linux. CentOS, which was purchased by Red Hat in 2014, is a free Linux distribution with the quality of RHEL. It targets users who aren't ready for paid enterprise support. Scientific Linux takes the same approach by offering Red Hat for free.

SUSE focuses on specific business verticals and partners with other major industry vendors such as SAP and VMware. VMware customers receive SLES free with VMware ESXi, and SUSE is the preferred platform for SAP -- a partnership that has brought SUSE into different corporate markets. Microsoft also endorses SLES for its customers that need to use Linux. That interoperability partnership started in 2006 and led to Microsoft introducing SUSE Linux to its customer Wal-Mart Stores Inc.

From a technical perspective, SUSE Linux is more accessible than the other supported Linux distributions. SUSE is also the most administrator-friendly. Its integrated YaST platform makes complicated management tasks on Linux easy to perform. SUSE is one of the main developers for Pacemaker High Availability, the standard tool for high-availability clusters in all current Linux distributions.

Unlike Red Hat, SUSE doesn't offer its own virtualization platform. It does offer SUSE Cloud, which is based on OpenStack, and SUSE Manager, which helps patch and manage dozens of SUSE and Red Hat deployments from a centralized interface.

Ubuntu started as a free distribution. Canonical, the company backing Ubuntu, came along later to offer professional services around the distribution. Companies that want to run Ubuntu LTS in a supported environment should contract with Canonical, but those that are solely interested in using the software and getting updates for a guaranteed amount of time can download and install Ubuntu for free.

When installing Ubuntu as a server platform, use the Long Term Support version. Patches are available for at least five years for LTS, where the availability of patches for regular versions, which come out on a faster update cycle, is much more limited.

Ubuntu's desktop OS is famously easy to use, but that is not so with the server version. Most management tasks are performed the hard way, by modifying configuration files, running commands and starting processes. For some users, this is a real disappointment.

Ubuntu is based on Debian Linux, a distribution popular with developers and in educational environments. Debian doesn't offer enterprise support, but by using Ubuntu LTS, customers can receive it anyway.

Apart from companies that are running Oracle databases, Oracle's distribution hasn't been a huge success. It typically comes into the data center if the database administrator decides which Linux OS to use. Even still, many companies already have a Linux policy and a standard distribution that predates Oracle's open source initiative. This means plenty of Oracle databases still run on SUSE and Red Hat distributions, where it is supported.

The benefits of Linux distro Refracta 8.0

Learn about a collaboration tool for Linux distros

kc171mx - 13 May 2014 5:21 PM
Cost is important, and so is configurability. Most servers are configured and then left alone for long periods of time. Trading cost for stability will not be rewarding. Downtime due to server instability will cost more than would have been spent on a more stable server.
[-]

PQuairoli - 23 May 2014 3:53 PM
Sander, Thank you for the write-up. SUSE does provide two virtualization platforms, XEN and KVM. Both open source hypervisors are provided and supported in our distribution they are just not separate products. https://www.suse.com/solutions/platform.html#virtualization
[-]

electriclewis - 14 Jul 2014 10:34 AM
Interesting article. Just to clear any confusion about Oracle Linux; it's a RHEL clone, just like CentOS, and anything compiled or packaged to run on RHEL will run identically without change on OL. The Unbreakable Enterprise Kernel is just a tested and compiled version of the mainline kernel that can be run in place of the old RHEL kernel (which is also included in any case). For free users (of RHEL and CentOS as well as OL) the attractive aspect of OL is that all packages, updates and errata are available for free from http://public-yum.oracle.com/ the same day they are released by Red Hat for RHEL and can be applied to free (i.e. self-supported) installations of OL, RHEL and CentOS to keep them up to date with paid for RHEL updates.
[-] 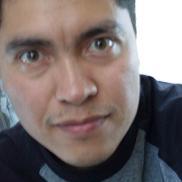 carlosdl - 30 Oct 2014 11:52 AM
Ubuntu LTS is a great option.  We've been using it for several years without any issue.  Unfortunately, many software companies are not yet certifying their products on Ubuntu (when it comes to enterprise software, it appears that most software companies support RHEL and some of its derivatives).
[-]

daniellefelder - 25 Apr 2016 10:50 AM
Interesting article! Another great way to find out which Linux distribution is right for you is by reading user feedback. You can find real user reviews for all the major Linux distributions on IT Central Station, including RHEL and Ubuntu Linux: https://goo.gl/DHLLtW.

Users interested in Linux distributions also read reviews for Oracle Linux. This IT System Engineer writes, "It gives us the ability to cover kernel bugs by using Oracle Ksplice online patching. The best part is that we can do this whole process without any unnecessary downtime." You can read the rest of his review here: https://goo.gl/4Ndsr5.
[-]

paulo99 - 26 Feb 2017 7:17 PM
SuSE has to be the most underrated Linux OS. I have used various enterprise OSes and SuSE has great features along with great support.
[-]

HarriX - 20 Aug 2017 4:56 AM
So many mistakes in this article. It shows how the writer does not have a clue about Linux and the server distros RHEL, CentOS, SL, SuSE, Ubuntu nore Debian.

I have used Linux in business and personal use since 1996.

Rock solid is RHEL/CentOS (not owned by RedHat, just partnership and sponsoring).
SuSE has alwayse been in difficult middle position, shortly owned by Novell. Preferred by german speaking countries. Ubuntu is easy Debian derivate. It work better than Windows server and to most of the people coming from Windog/Mac world think that it is good. In real life Ubuntu starts slowly generate annoyances and difficulties compared to RHEL/CentOS.

When you have lived and worked years on Linux (without Windows or Mac) your definition to STABLE and ROCK SOLID are totally different than people coming from Windows and adopting to Ubuntu.