How do you make the case to your boss to switch from Unix to Linux? What are Linux’s best business qualities? How...

do you port applications from one operating system to the other? This collection of expert advice includes everything an IT manager needs, from explanation of major differences between the two operating systems for making sure that your Unix-to-Linux migration goes without a hitch.

Overcoming common Unix-to-Linux migration pitfalls
Moving from Unix to Linux could pose problems. Learn about compatibility challenges and how to overcome and prevent common deployment errors. 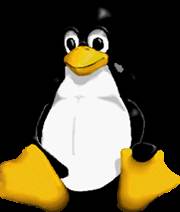