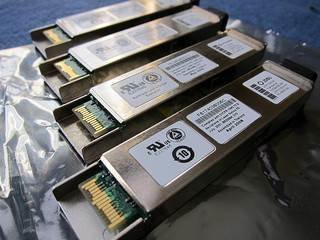 IT all the things! Image credit: Chris Dag. Licensed under Creative Commons 2.0.

If you wanted to shop for enterprise software or hardware, there was no business equivalent of, say, an Amazon where you could see what other users had to say about a particular product. And if you wanted to warn other IT pros about a particular blade server that melted in its rack or you just needed to rant about XenServer, you were relegated to various forums scattered around the Web.

But a new site called IT Central Station attempts to fill that void. According to the company, the site will feature social networking, user validation and a bunch of different categories.

The site presents itself as a peer review site for IT with no vendor bias – though they’ll happily accept ads! – and as a thriving community for IT guys to bemoan terrible products or sing praises for the good ones.

I don’t know about you, but I always take online reviews with a grain of salt. I’ve seen enough padded, biased reviewers to know when I’m being conned. Are you that savvy? Do you think IT Central Station can somehow avoid the bias?