Chip manufacturing giant Qualcomm has listed job openings for ARMv8 engineers, which makes it the latest vendor to show interest in building 64-bit processors with ARM’s latest design. Though Qualcomm is by no means the first to enter the 64-bit ARM server fray — Calxeda, Marvell, Applied Micro and others have already gotten their feet wet in the ARM market — it’s an interesting development considering the company’s history has been rooted in smartphone and tablet processors, not servers. Since Qualcomm’s project is still in its infancy, many details are still unknown, such as how many cores per processor and what form the chassis will take. 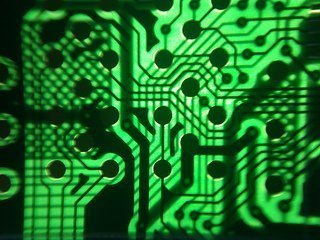 The use of advanced RISC machine (ARM) processor chips is prevalent in mobile devices, but until recently ARM’s designs were limited to 32-bit architecture which is not enough to handle enterprise-sized workloads. Now that ARMv8 is in the hands of chip designers, the energy efficiency of this architecture — just 5 W per chip in HP’s Calxeda-based Redstone Server — may start turning more heads away from Intel’s x86.

However, Intel isn’t taking the ARM threat lightly. Ahead of the low-powered army of ARM chips on the horizon for 2013 and 2014, Intel has put a trio of processors in its S1200 line up for purchase. The power draw ranges from 6.1 to 8.1 W which is still a bit more than ARM chips, but that’s not the only deciding factor for most IT shops.

Intel’s x86 architecture is well-established — 20 years, give or take a few — and for ARM to really take off, it needs server hardware and software companies to get on board. So far the groups making the biggest splash are Red Hat’s Fedora ARM project, which has been vocal in its efforts to raise awareness of the low-powered chip’s usefulness in such markets as hyperscale computing and web development, and Microsoft, which hopes to come up with 64-bit ARM support for Windows — both desktop and server.

Is there room in the market for both low-powered options? We’ll get back to you in a year or two.