Grab a flashlight, head to your nearest lights-out data center, and hunker down for some creepy data center horror stories courtesy of some data center experts. Are these true tales? Stay tuned for tomorrow’s part two.

“Night of the Living Data Center”

All was quiet and dark – well, it was a lights-out data center after all. The lone admin had been called in. Something had gone wrong in the facility. He went to push the door and – nothing. He remembered he had to use his two-factor secure key, finger print and retina recognition to get inside.

Creeping past the reception desk, a low moan sent shivers down his spine, but it was just the murmurings of the under-paid security guard catching up on his sleep after a 12-hour shift at the local Walmart. Moving silently along, the admin heard “zip, click, zip, click, zip, click” as he walked along. Glancing behind him, he saw the lights slowly clicking off as he moved along. In his befuddled state, it took some time to realize this was the movement-sensitive lights turning on and switching off along the corridor he was in.

At the final interior door, he waited, listening in case something was beyond the door that shouldn’t be. Mind you, as the data center had been built to LEED quality, the amount of insulation in the walls would have deadened the sounds of the demons of hell escaping from the Solaris box he had in the far corner. Screwing up his courage, he opened the door and tip-toed in. There was enormous “CRACK!”

No, sorry, there was an enormous CRAC – it had been there for 20 years, so it shouldn’t have surprised him. Another low moan, far different to the security guard’s sleeping sounds, went past him in a gust of warm, fetid air. He made a mental note to check the raised floor for holes where cooling might be leaking and get the drains fixed.

He made it to the console and logged in. Strange images appeared in front of his eyes – ones he had never seen before. Immediately switching to CLI mode, the easier, more functional and useful graphical user interface was instantly hidden. His fingers flew over the keyboard. Eventually, he calmed down and started typing. The strange incantations he typed brought up steams of glowing data – log files, audit trails, details of pizza delivery companies.

Eventually, tracing the root cause of the issue caused him to take a sharp intake of breath. “How could this happen?” he wondered. Well, it was a waste of time asking anyone else, since they were all in bed at their homes. With a rising sense of panic, he gathered up the tools of his trade – the old Bell telephone modem he might need where he was going, the book on troubleshooting systems and the 1 million candle flashlight. For good luck, he also took a silver thumb drive. Moving away from the console, he muttered some charms under his breath “agility, flexibility, SaaSability” and “I wish we had outsourced this years ago.” 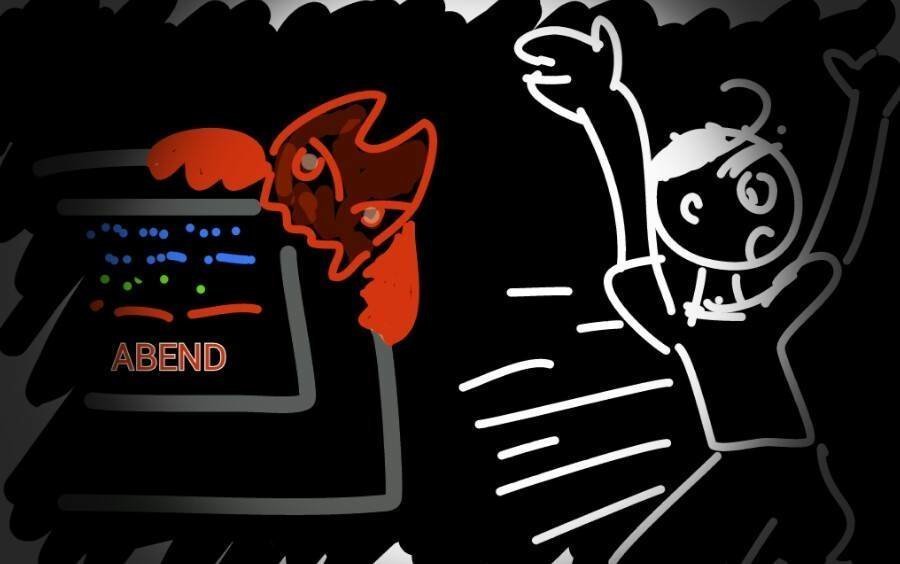 In the corner was a massive black monolith – the admin had always assumed that this was a throwback to the film “2001: A Space Odyssey” and that it was something facilities looked after – nothing for a tech guru like him to worry about. However, the console had provided directions that said this was the source of the trouble. Reading the book, the admin identified the special way to use the runes on the monolith to access secret bits. Finally, he folded down a screen and pushed a switch. The green and black screen flickered, showing a talismanic figure, which changed over into a single word and sent the admin screaming back into the night.