Because speculation is fun, let’s talk a little about artificial intelligence and its potential in data centers. Automation and DCIM tools have come a long way, but as those technologies evolve, they might benefit greatly from an infusion of cutting-edge AI engineering.

The general public has seen artificial intelligence (AI) in movies and videogames where the typical scenario involves crazed robots or homicidal computers running amok. More tech-savvy consumers have Apple’s Siri in their iPhone to help fulfill a request or an adorable Roomba to vacuum a room. Once we push past the fears of a robot uprising, we realize AI can be an incredible tool to ease our workload. 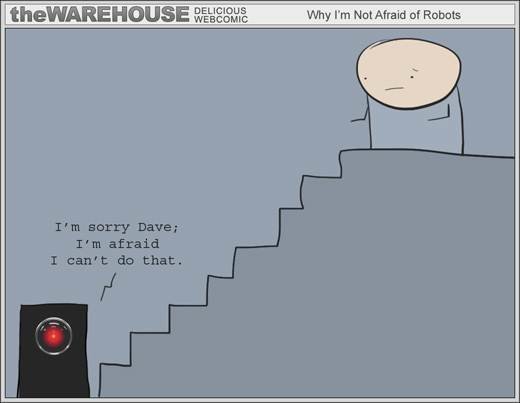 The idea of AI as a functional part of a technologically advanced society isn’t remotely new. Alan Turing, the groundbreaking mathematician considered the father of AI, wrote about it back in the 1950s.

Developments in AI have led to it handling relatively simple tasks like managing a thermostat all the way more interesting applications, like engaging in a conversation with a Phillip K. Dick robot.

Modern uses for AI have been pioneered in many circles such as social media, board and video games, healthcare, Internet research and cat videos. And this recent story details the use of image recognition software to learn board game moves and defeat humans.

Why would any of this be useful for a data center environment? Well, let’s take automation and data center infrastructure management (DCIM) as our starting point. How great would it be if we could replace some of IT’s on-call overtime hours with AI hours? Instead of simply setting temperature or power parameters for automation software, we could have a DCIM program mimic the behavior of the human technicians to make decisions when an issue arises during the wee hours of the morning.

Automation without learning suffers from an inability to react to things outside its programming. This is one of the arguments for sending humans as well as robots to Mars.  It’s not much of a leap to understand why human hours are still incredibly important for data center facilities management.

Let’s have an AI with cameras for eyes watch us work, then set it to work as a kind of “second shift” for monitoring and managing our facilities during off hours. If we want to expand into the realm of science fiction, then we can also develop a human chassis for the AI – think Stepford Wives with more coffee stained shirts – but we might be getting ahead of ourselves.