Cut costs, improve efficiency. Such is the mantra of many a data center manager. While tech giants like Google and Facebook strive to create better, more energy efficient data centers, a small team of researchers from Cornell University and Microsoft have gone back in time 120 years and come up with a way to eliminate another threat to efficiency: cables.

Mathematician Arthur Cayley published a paper in 1889 called Oh the Theory of Groups – mathematical groups, that is – that was full of graphs and equations. 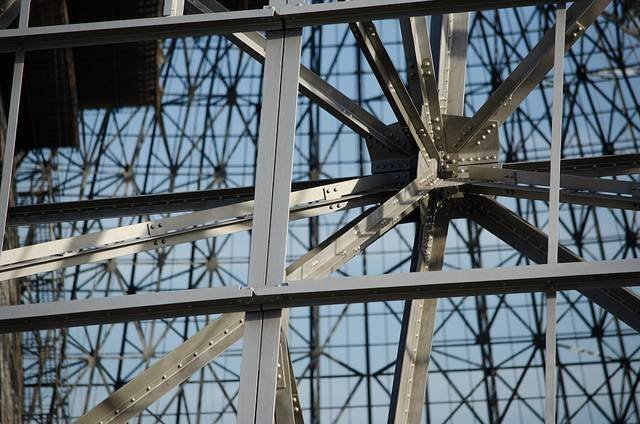 In 2012, those graphs and equations were used to design a wireless data center network running on a 60 GHz wireless band.

According to the paper’s abstract, the benefits — besides eliminating networking cable and switch costs — would include higher bandwidth and fault tolerance and lower latency. Adopting a spoke-and-wheel rack system for servers would facilitate communication using specially built Y-switches would help direct that traffic between racks.

This would mean a complete change in server form factor. The basic parts would remain the same – hard or solid state drive, CPU and RAM – with networking cards replaced with Y-switches. The paper goes on to mention changes to data center routing protocols, MAC layer arbitration and design schematics for the customized Y-switch. The full document is available on Cornell’s Website.

Once servers are cylindrical, it’ll be exciting to see how the buildings surrounding them change to suit. What do you think? More data centers in old missile silos?