There’s been a lot of bluster about ARM servers and how they’ll upend the traditional x86 market when 64-bit ARM offerings come to market, but the fact remains that software designed on x86 servers does not readily translate to ARM architecture. To ease this transition, server maker Boston is offering developers a platform to rework x86 code without having to buy an ARM server through its cloud-based ARM as a Service. 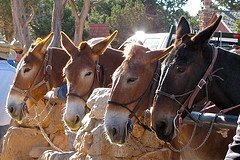 Boston’s product — reminiscent of OpenStack’s TryStack.org which encourages the use of OpenStack on ARM servers — aims to coax curious but wary developers into an ARM sandbox by providing cloud servers that come with a pre-installed flavor of Linux along with development platforms and porting tools.

News of Boston’s AaaS (no, really) comes hot on the heels of news that China’s Baidu has decided to go with Boston rival Marvell’s ARM servers to run its behemoth of a search engine.

As intriguing as Baidu’s ARM evolution and Boston’s cloud service are, will they generate enough buzz for mainstream IT ARM server adoption? Only time will tell.